In the context of South Asian countries dowry has been a culprit for many years. People have felt female children to be a burden as they will not help in bringing in an income. They are burdensome because they are another mouth to feed and in return will not be able to bring in any money. They are a burden because some day they will have to be married off and the wedding will cost money. These petty thoughts and fretting about the future have cost the lives of many female babies. But no more!

In the recent weeks newspapers have flooded about the abuse of women. One article talked about how the fingers of a young married girl was cut off because she had stated the desire to write her exams while another talks about the dowry she was required to pay her husband to be, who is a school’s headmaster. What kind of education is he teaching? Why is there an ownership of females? Who gives a right to be people to torture women because physically they are weaker? Women give them the power. Women need to unite in their endeavor. They need to exert themselves even further and prove to be more than a docile home-maker who has to live at the beck and call of men. They need to say that they are important, that they can think and that they too are capable of making decisions and working hard. And then there has to be change, more and more challenging change.

You have a part in this too. Today empower a woman and realize their strength. Not the strength that is oppressive but the strength that is freeing. Appreciate a female child for her brightness and her insights about the world. Be kind where a widow is not looked down but helped, where an elderly woman is not mocked but is assisted. You have a part to play in encouraging people to see that both sexes have strengths and everyone deserves equal respect. 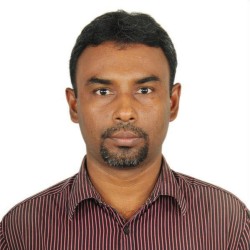 Latest posts by chief-producer (see all)